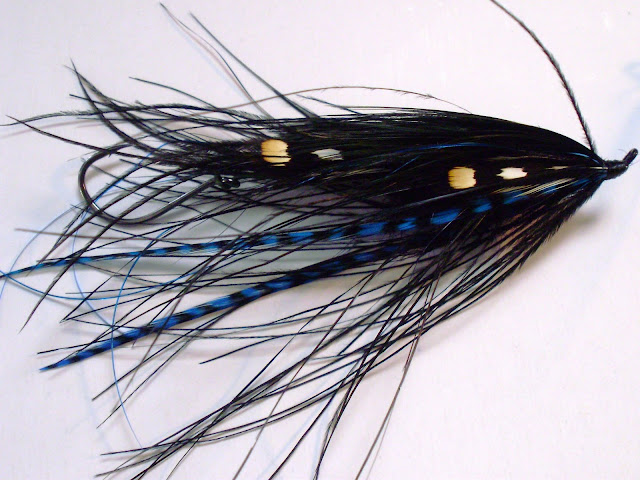 There is something about people's flies that makes them theirs, it has to do with how they tie them, how certain materials are Incorporated, and the layout of the whole fly. Here is a fly that I have made my signature pattern. Its featured in the new flymaxfilms DVD to be revealed, situated in the corner of April's big buck. It also sits front and center on the opening page of flygal.ca, and now here!

Lets get started on the prawn! 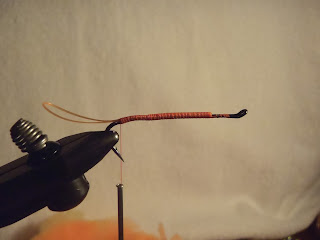 Step One: Straighten out the bend on the shank you choose to tie on, and tie in trailer loop. 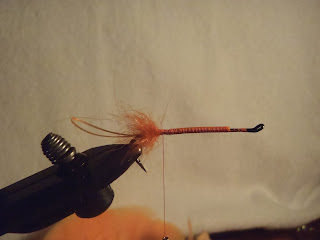 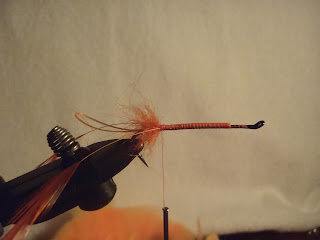 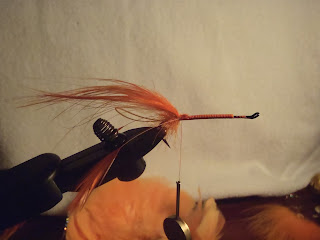 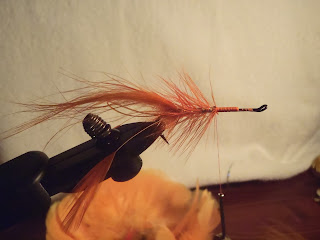 Step Five: Tie in and palmer silver holographic tinsel, and then an orange saddle hackle. 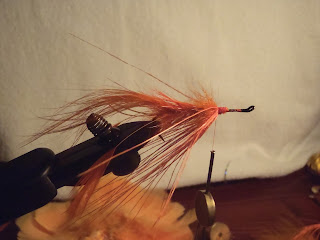 Step Six: Spin another dubbing ball.
Step Seven: Tie in a palmer rhea, and then fold over and wrap back. 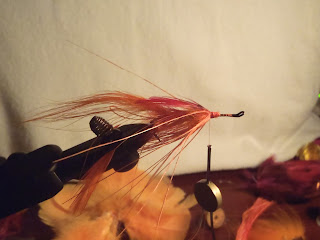 Step Eight: Tie in two pieces of golden pheasant as a rear underwing. 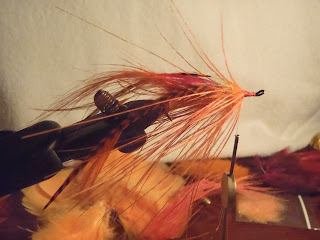 Step Eight: Spin polarbear in dubbing loop and palmer an under collar
Step Nine: Tie in and palmer rhea, then fold over and wrap back.
Step Ten: Add a second set of feelers (optional) 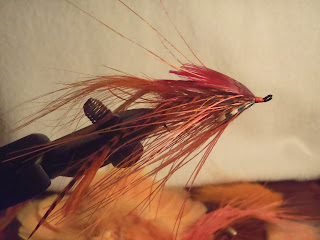 Step Eleven: Tie in a guinea feather and palmer the final collar.
Step Twelve: Add a matching set of jungle cock eyes.
Steve Thirteen: Attach the final shell back of two golden pheasant feathers.
Here is the simplified version from the website. 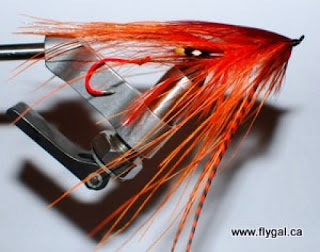 And finally here is the proof that they work. The 'boss' with a slab from the skeena this fall. 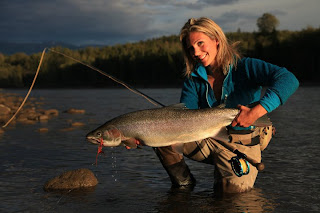 I hope everyone who read the post enjoyed the fly. And that it brings you lots of fish and confidence on the end of your line. Till next time....
Posted by West Coast Fly Tying at 1:26 AM